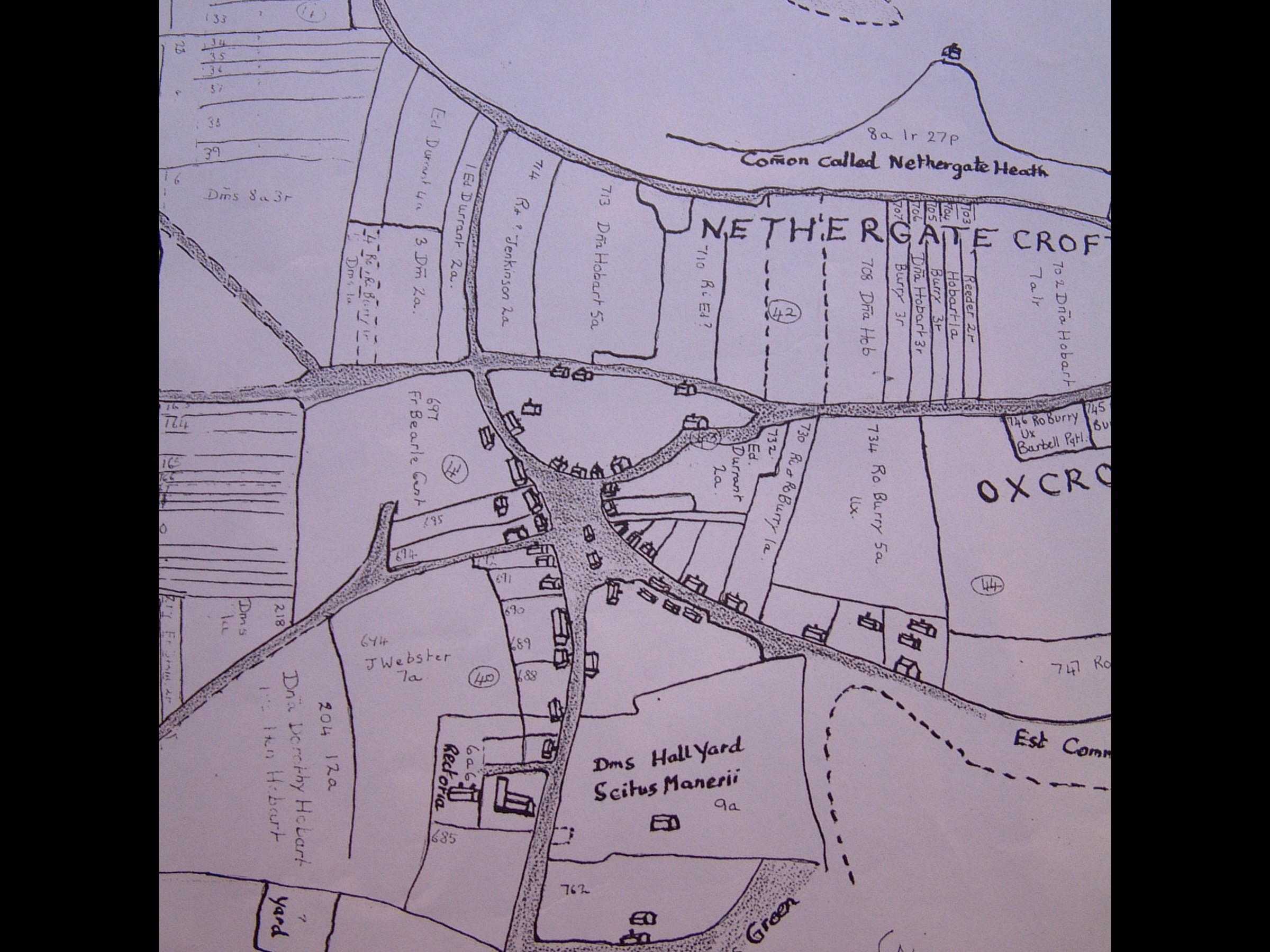 During Medieval times, Norfolk saw the greatest growth nationally in markets. Every 5th or 6th parish had a market serving a catchment of about 10,000 acres. This resulted in markets about 8-10 miles apart, which kept down the distance a farmer had to travel to sell his goods. Most of these markets were in existence for many years before they were given official Charters. The earliest outside Norwich was Wymondham with a Charter dated 1139.

In Saxon times, Acle was on the Norfolk shoreline and grew as a fishing village. Great Yarmouth did not exist, the area it now occupies being a sand bank, and all the marshes between Great Yarmouth and Acle were under sea. Gradually land was reclaimed from the estuaries of the Rivers Bure, Waveney and Yare leaving large expanses of flat land stretching towards the sea.

There are two theories about the origin of the name Acle; one is that it means 'a place that overflowed' or that it means 'in the lea of the oaks', that is, a clearing in an oak forest (to the south of the village at that time was a large oak woodland ). In Tudor times, hundreds of oaks were felled here for timber to construct Elizabeth I's war ships.

The village stands beside a vast marshland area which in Roman times was a great estuary called Gariensis. Trading ports were located on high ground and Acle was one of those important ports. Evidence of the Romans was found in the late 1980s when quantities of coins were unearthed in The Street during construction of the A47 bypass. Some properties in the village, built on the line of the beach, have front gardens of sand while the back gardens are on a thick bed of flints. Records show that Acle was a fishing port as far back as Saxon times; the Church tower could possibly have served as a lookout point. 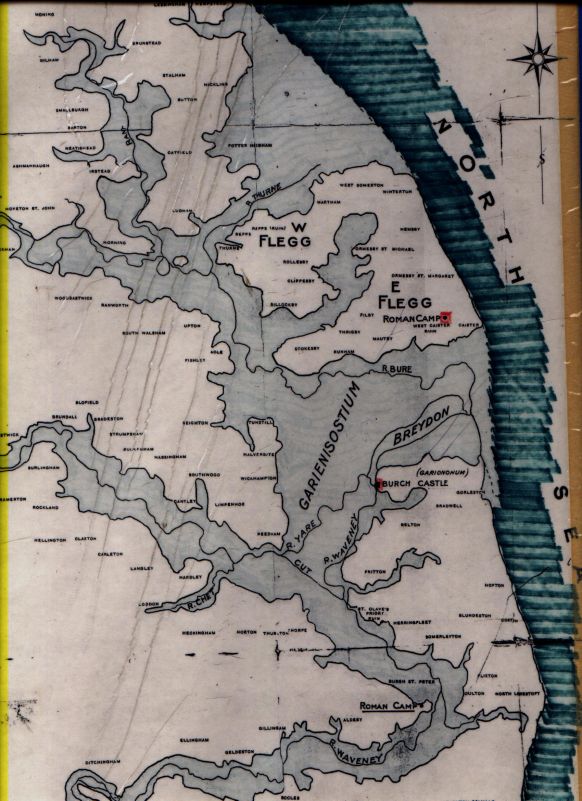 Tradition has it that there is a Viking burial site 1 mile north of the village. It is said that Acle, unlike many Norfolk villages, did not suffer any loss of life during the Black Death; villages which suffered badly were often abandoned afterwards, apart from the Church, and new villages were built a short distance away. Two good examples of this can be seen at Reedham and Horning. In 1086 when the new Norman masters compiled the Domesday Book it was noted there were 23 villagers, 38 smallholders and three slaves. In 1101 Acle Bridge was opened and by the 12th century the village had a manor. The estuary which gave Acle its raison d’etre gradually silted up and rivers were formed after embankments were created by man during the 13th and 14th centuries.

In the coming centuries Acle would continue to be an important trade centre for the surrounding area. There has been a market since the 13th century, but livestock, which was once central to it, has ceased in recent years. When the old saleground was closed, a 12th century rubbish dump was unearthed. Hundreds of pieces of medieval pottery and other artefacts were recovered including oyster shells, whelks and even a boars tusk. They were put on display in Norwich Castle Museum. 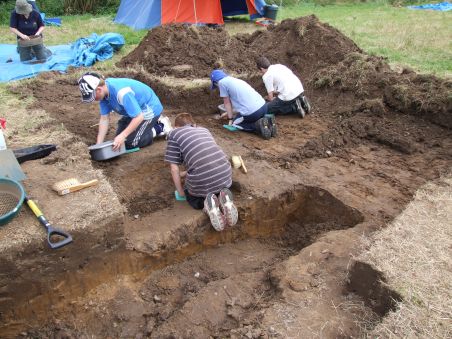 The Church, in common with many in East Anglia, is dedicated to St Edmund; the oldest part is the round part of the tower, probably Norman in origin. Other fragments of Norman work have been found, but the chancel and nave date from the 14th century and the font, screen and north porch, showing good flintwork , are 15th century.

Acle was at one time owned by the Crown then by the Earl of Norfolk, and subsequently, by Lord Calthorpe (who became Lord of the Manor). It is only comparatively recently that this estate has been broken up. The survey of 1838 lists several other interesting names connected with Acle; it is recorded that the Dean and Chapter of Norwich owned 331 acres, the Earl of Plymouth 8 acres and Magdalen College Oxford 2 acres. The village attracted various trades and industries, these being blacksmith's and harnessmaker's shops together with a smokehouse for curing bacon; at the top of Mill Lane beside the route of the old Norwich to Acle road, was the mill (demolished in 1912). See Norfolk Mills website.

There was also an ironfoundry (making farm equipment and windmill parts) and at least two market gardens have given way to housing development. In 1883 the coming of the railways put the village on a new line between Norwich and Great Yarmouth. At the turn of the century the marshlands were still being drained by windpumps and there was Smithdales foundry in Acle which built and maintained pumps until the 1970s.

The Old Road to Great Yarmouth was via Acle Bridge (formally known as Weybrigg) and Filby. In Roman times, the estuary was probably a mile and three-quarters wide at this point, so the Roman road into Flegg crossed the river a dozen miles or more to the north-west at or near Brampton, just below Aylsham, but by 1101 when there was a reference to the Weybrigg at Acle, the sea level had receded and this crossing was in use. Whether the crossing was a bridge or a ford at that period is uncertain, since there is evidence from another part of East Anglia that use of the word "brigg" or "bridge" sometimes implied a fording point rather than a structure above water level.

Until its replacement in 1931, Acle bridge was a three arch stone bridge with two piers supported on oak piles driven closely together into the river bed, built around the 1830s. The three narrow arches would have proved a barrier to any vessel other than keels and wherries. A single-span concrete bridge built in 1931 was subsquently replaced by the current bridge in 1997 due to the increase of road traffic volume and heavier loads carried, plus the bridge was showing signs of subsidance. Near Acle Bridge are the remains of an old priory (Weybridge Priory) founded in the reign of Edward I (1272-1307) and occupied by Augustinian canons. Its position in the midst of the marshes did not save the abbey from serious damage in the rebellion, headed by Robert, Earl of Leicester and Hugh Bigod, Earl of Norfolk, in the reign of Henry II. From 1168 until 1175 the abbey was in the king's hand, Prior Adam being in charge of ecclesiastical matters and Wimar the Chaplain, accounting to the king for the revenue. Owing to the state of disrepair, the abbey applied in 1327 and was subsequently granted a license to enclose the abbey with a battlemented wall. At the Dissolution, the abbey was valued at £7.13.4 and was granted to the Duke of Norfolk. There is little to see now apart from hummocky areas in a field beside the Acle Bridge Inn, but the name is preserved in Priory Close near the Church in Acle.

In the 19th century, at the time of the industrial revolution, Acle’s importance was further boosted. With the opening of the Acle Straight - the long straight section of road familiar to visitors to Yarmouth - in 1831, it was for the first time possible to travel to Great Yarmouth without travelling via Fleggburgh. It was officially opened by a Turnpike Trust and the new road shortened the journey from Acle to Great Yarmouth by 3 1/2 miles. As the town grew, permission for a market was given in 1272. In the coming centuries Acle would continue to be an important trade centre for the surrounding area. Livestock trading, which was once central to it, has ceased in recent years.

When the old saleground was closed, a 12th century rubbish dump was unearthed. Hundreds of pieces of medieval pottery and other artefacts were recovered including oyster shells, whelks and even a boars tusk. They were put on display in Norwich Castle Museum. Market day continues to this day, being on a Thursday. In 1881 the railway station was built and this also helped to bring trade to the town. The Great Eastern Railway opened on 12th March 1883 connecting Acle to Great Yarmouth. Later this line was continued to Brundall to link with the already existing Norwich to Great Yarmouth railway which opened in 1844 to the south of Acle.